On 11 May 2017, the Budapest Stock Exchange held its annual general meeting. The members of the Board of Directors and the Supervisory Board were elected. The owners also accepted the report for the 2016 business year, as well as the Supervisory Board and the auditor reports. According to the annual report, BSE’s EBITDA for 2016 was HUF 383 million, while its profit after tax amounted to HUF 73 million. A resolution was passed on dividend payment and the remuneration of officers. The management of BSE also presented the results to date of the 2016-2020 five-year strategy and the most important projects for 2017.

The following persons were elected as members of the company’s Board of Directors for three years:

The General Meeting re-elected Richárd Végh as the Chairman of the Board of Directors.

The General Meeting elected the following persons as members of the Supervisory Board for the next three years:

The General Meeting decided that Dr. Ferenc Gerhardt will continue to chair the Supervisory Board.

In addition, resolutions were passed on the remuneration of the officers and on the amendment of the Supervisory Board’s rules of procedure.

Richárd Végh, President and CEO of BSE talked about the financial results and also the achievements made to date under the 2016-2020 stock exchange development strategy. In 2016, a lengthy trend was broken, namely that the year finally saw numerous new companies appear on the trading floor: six successful stock exchange launches, including two initial public offerings took place. Both Duna House’s HUF 2.6 billion IPO and ALTEO’s HUF 1.4 billion IPO were completed successfully, and so were Erste Mortgage Bank’s HUF 46 billion mortgage bond and Wingholding’s EUR 36 million bond issues. EXIM Bank’s bond issue and listing was intriguing because EXIM’s EUR 75 million issue was the very first in Hungary with a negative yield. Finally, Tündérszikla’s bond issue also went well, with the issue of bonds of a total nominal value of HUF 350 million.

Among transactions over the past six years (after 2010), Duna House’s transaction is the second largest IPO (only CIG Pannónia’s IPO reached a higher value). Among SPOs, ALTEO’s capital increase was of the highest value.

The fact that the government supports and pays particular attention to developing the domestic capital market to achieve long-term, sustainable economic growth and innovation is an important message for economic players. The state can contribute to developing the stock exchange in numerous forms; without such support, the chances of accomplishing impressive successes drop substantially in the short term. The support of the government in 2016 contributed to the development of a market-friendly regulatory environment, and to promoting the use of EU resources to develop the stock exchange.

It is good news for investors that the total dividend amount paid by blue chip companies will be 20% higher than in 2016. Beyond the regular dividend payers, RÁBA (HUF 20) and ALTEO (HUF 130) started paying dividends again after 15 years. Also, Appeninn paid dividend this year for the first time in its history.

Outlook: the most important projects for 2017 – the BSE believes in SMEs

From the perspective of the stock exchange, the development of a diversified issuing structure is vital and it would also help raise turnover. As part of the diversification effort, BSE turns to SMEs by opening a new market. The timing is not incidental. At this time, due to the availability of resources, companies do not feel any pressure, but this will change: MNB’s loan programme has been closed, EU funding is expected to run out by 2019-2020, and interest rates will possibly rise, too. SMEs prepared for the period of public capital market funding will have a serious edge in competition. They are assisted by BSE’s ELITE Programme, which launched in April 2017, and by the National Stock Exchange Development Fund (to be started in the second half of 2017) which will help the listing of 5-6 companies per year with its HUF 20 billion capital. The Fund will be able to generate extra demand as an investor, and it will also provide a risk-sharing tool for private investors. In addition, it will provide resources to businesses and exit opportunities for current owners.

At the General Meeting, Richárd Végh, President and CEO of BSE, said that the implementation of the strategy adopted last year is on schedule. More success stories are expected in 2017, especially in the area of issues. Furthermore, the domestic legal environment will continue to change, specifically to allow Hungarian companies to enter the stock exchange with less difficulty. 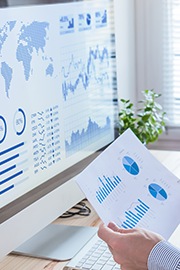 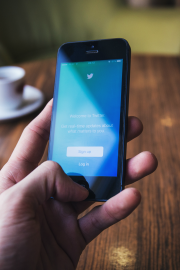